Allergies or a Cold – What’s the Difference? 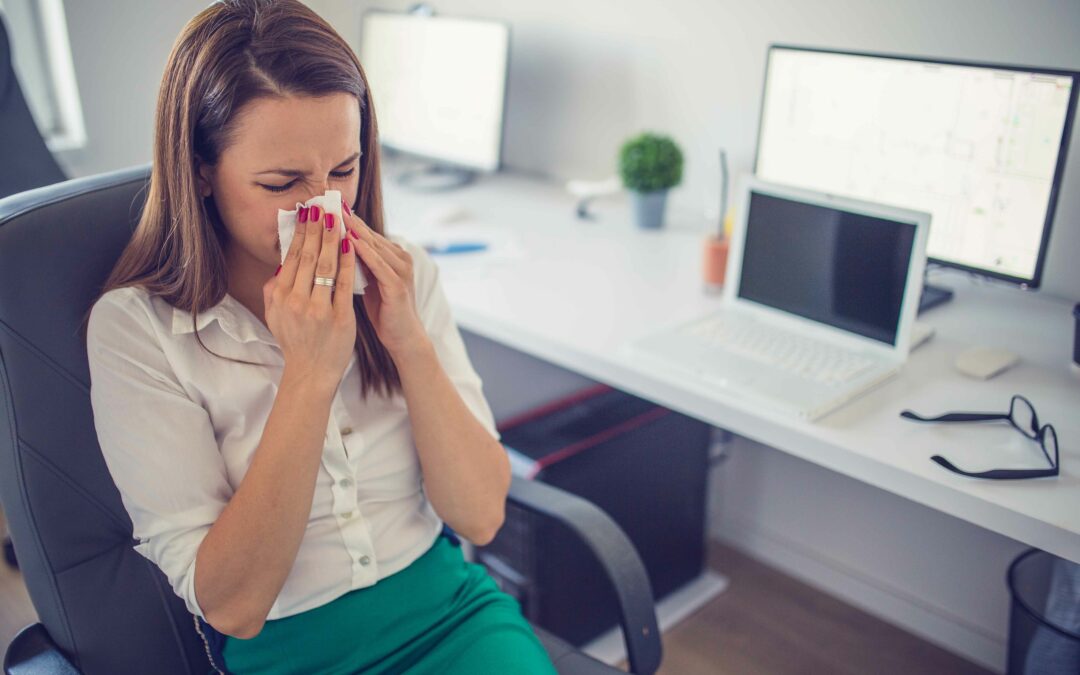 While spring seems to be taunting us, it is finally beginning to warm up. However, many of us are still suffering from winter colds. The Centers for Disease Control (CDC) says millions of cases are reported yearly. On average, adults have two to three colds per year and children have even more. It’s one of the biggest reasons adults miss work and kids miss school.

Symptoms usually include sore throat, runny nose, coughing, sneezing, watery eyes, headaches and body aches. Most people recover within seven to 10 days. People with weakened immune systems, asthma or respiratory conditions can develop serious illness, such as pneumonia. Many different viruses can cause the common cold, with rhinoviruses being the most common. Typically, colds come during the winter and spring months, which is also the time those suffering from allergies also are affected by the emerging growth in the ground and trees. Trees begin to bud and are generally the first to produce pollen, which creates major problems for people with allergies.

With allergies, the symptoms often resemble the common cold, but if they seem to occur like clockwork this time of year, it’s most likely allergies.

The National Institute of Allergy and Infectious Diseases uses this table as guidance:

Allergy symptoms are the result of our immune system overreacting. It sees the pollen as a foreign invader and attacks it, which leads to the release of chemicals called histamines into the blood. Essentially your body is responding to a false alarm. The histamine travels through the blood and latches onto histamine receptors on other cells, causing them to swell. This inflammation causes many familiar allergy symptoms. Antihistamine drugs work by blocking the histamine from affecting these cells.

Pollen seasons vary in different parts of the country. Early spring is typically when trees pollinate, with birch, cedar, cottonwood and pine trees cause the biggest allergic triggers. In warmer climates, pollen issues can be almost year-round. Grass pollen allergies typically arise in late spring, and weeds cause hay fever from the summer through the fall. Ragweed is often one of the biggest offenders in our area.

Asthma sufferers can be especially affected by allergies, which can be dangerous and even life-threatening. Asthma often is triggered by allergies, although most people with allergies do not develop asthma.

Over-the-counter medications often help with the symptoms of allergies but if you experience difficulty breathing or the symptoms become more severe, you should seek medical attention. Your physician can prescribe stronger medications if needed, although many need to be taken early in an effort to prevent the symptoms before they begin.

An allergist can help determine if you have seasonal allergies and the types of pollen to which you are allergic. This is achieved through allergy testing, which typically involves skin testing, or a blood test called a radioallergosorbent test (RAST). Allergy testing can be helpful in predicting the times of the year that you are likely to experience allergy symptoms and is a must if you are considering immunotherapy (allergy shots).

Allergy sufferers should be thinking about taking other peak-season precautions now, changing clothes and showering after outdoor activities, keeping the windows closed, running your car’s air conditioner on recirculate and avoiding early morning outdoor activity when pollen counts are highest.

If you feel you may have allergies and are in need of a primary care physician you can contact one of the offices below: