COPD – What you should know 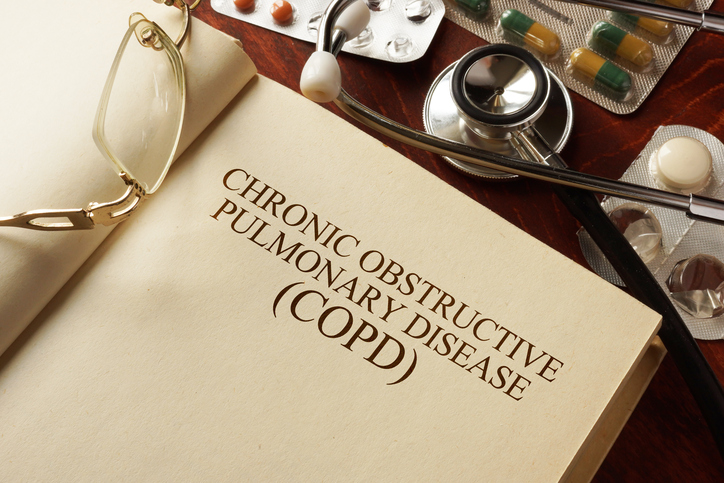 More than 12 million Americans currently suffer from chronic obstructive pulmonary disease and another 12 million have COPD-like problems, but are undiagnosed. COPD is an umbrella term used to describe progressive lung diseases including emphysema, chronic bronchitis, refractory (non-reversible) asthma which cause symptoms including shortness of breath, wheezing and chronic cough.

It’s not the most well-known disease in America, but it is the third leading cause of death in our country, right behind heart disease and cancer. And, COPD is almost completely preventable.

By far, the most common cause of COPD is smoking. Upwards of one-third of all long-term smokers go on to develop some form of COPD. Long-term exposure to other lung irritants, such as chemicals and air pollution can also contribute to COPD. In rare cases, Alpha-1 Antitrypsin Deficiency – a hereditary condition involving an abnormal gene, can also lead to the condition.

What are the symptoms?

• Frequent coughing (with and without sputum)

• Tightness in the chest

COPD can begin in your 40s and in rare cases, earlier. A diagnosis of COPD is typically made by your doctor through spirometry, which analyzes your breathing, by measuring how much air you exhale. The American Lung Association would like to see more primary care doctors use this test for patients at risk for COPD — even if they don’t yet show symptoms.

In COPD, less air flows in and out of the airways because of one or more of the following:

• The airways and air sacs lose their elastic quality.

• The walls between many of the air sacs are destroyed.

• The walls of the airways become thick and inflamed.

• The airways make more mucus than usual, which can clog them.

People with COPD tend to be more susceptible to frequent colds and are likely to struggle with recurring spells of the flu or pneumonia, which can exacerbate shortness of breath and other symptoms. Most people blame their shortness of breath on aging or being out of shape. Patients often realize they can’t perform activities they could before, such as walking short distances or carrying groceries up the stairs. Others may experience what is called “smokers cough,” which is in reality, chronic bronchitis.

COPD is a progressive disease. “Progressive” meaning the disease gets worse over time. It is crucial to catch COPD early to prevent more damage to the lungs. COPD has no cure and doctors don’t know how to reverse the damage to the airways and lungs. However, treatments and lifestyle changes, including smoking cessation, can help you feel better, stay more active and slow the progress of the disease. COPD symptoms can be managed with drugs like inhaled steroids and bronchodilators (which relax the muscles in your airways, making breathing easier.

Dealing with patients’ smoking habits — that is the toughest. Doctors can do many things to help patients quit smoking. They key to success, however, is the willingness of the patient to want to quit. That willingness increases the chances for cessation exponentially — no matter the technique.

People who do quit smoking, get plenty of exercise, and take good care of themselves often have a good prognosis. With the right medication and lifestyle changes, you can manage your COPD and “live long and prosper.”