School and sleep: what you need to know 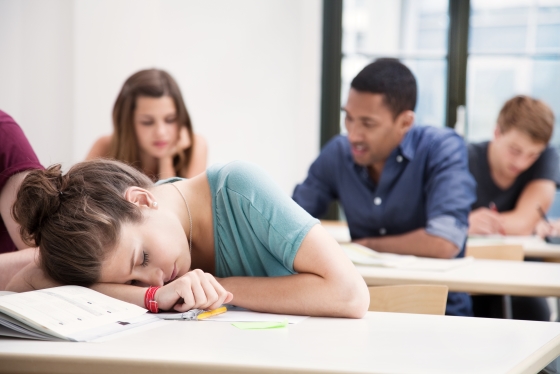 Getting your kids back to school is always a challenge. When you’ve finally collected all the supplies, gear, clothes, and immunizations, I hope you’ll consider one more aspect of preparing your students for success in the classroom—a good night’s sleep.

According to a 2015 study published in the journal Pediatrics, sleep is particularly critical for teenagers, but many are not getting enough. In fact, MOST aren’t getting enough. The number of hours slept per night has decreased among teenagers in the U.S. over the past 20 years. The proportion of high school students who fail to get enough sleep is now estimated to be two out of three and those numbers haven’t changed since 2007.

The Centers for Disease Control and Prevention reports that 93 percent of high schools and 83 percent of middle schools nationwide start classes earlier than 8:30 a.m. This early start time makes it difficult for teens to get the recommended sleep they need (8.5 to 9.5 hours per night) to be healthy and productive. Blue Springs area schools are no different, with high schools beginning around 7:25 a.m., and middle schools starting at 7:50 or 8:20 a.m.

To investigate the role of school times on students’ sleep patterns, researchers from the CDC and the U.S. Department of Education reviewed data collected from the 2011-2012 Schools and Staffing Survey. Nearly 40,000 public, middle, high and combined schools were reviewed in the study. What they found may be something school administrators already know: the majority of middle and high schools were starting the day too early. Fewer than 1 in 5 schools began at the recommended time of 8:30 a.m., or later. The problem is the growing number of activities available to students even at the elementary level. These activities compete for space and resources, not to mention the time of the students and parents.

The study advises healthcare professionals working in schools to raise awareness of the importance of and barriers to adequate sleep, which includes setting bedtimes and limiting media device use. While later starts to class times may be quite a while in the making, the study recommends pediatricians take an active role in supporting and educating families about healthy sleeping habits.

Make sure your bedroom is a quiet, dark and relaxing environment — neither too hot or too cold.

Make sure your bed is comfortable and use it only for sleeping and not for other activities, such as reading, watching TV or listening to music. Remove all TVs, computers and other “gadgets” from the bedroom.

he consequences of sleep deprivation are many and varied. For teenagers, lack of sleep can affect their grades, weight, complexion and cause irritability, mood swings and even depression. Of the 100,000 traffic accidents each year involving fatigue, teens are at the wheel in more than half of them.

If you or a loved one is having sleep issues, the Sleep Clinic at St. Mary’s Medical is there to help. Just call us. Our goal for you is a good night’s sleep.